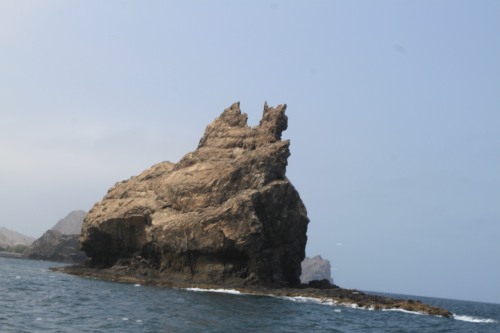 I had heard of “Cat Island” a few times but had never seen it for myself until a recent boat trip.  As we approached this odd looking rock I wondered…and so I asked the skipper, “What’s the name of that island there?”  He told me, as I expected, that it was indeed Cat Island.  It’s located right in front of Marina Bandar Al Rowdha, which is the main marina in Muscat in the old fishing village of Sidab, between Muttrah Port and Al Bustan Palace.  At first glance (the pic above) I thought it looked more like a Scottish Terrier than a cat.   But this next pic looks more like a cat from behind to me (with the head on the right side of course). 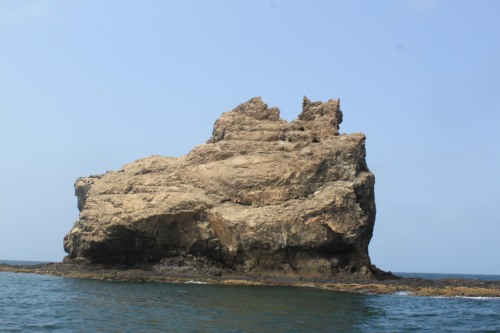 What do you think? Is this island worthy of being called “Cat Island”? Does it look like a cat to you?  And in case you were wondering, no, there are no cats living on that island, haha! 😉